“It depends.” My zen-like graphic arts teacher once gave our class the universal answer to everything. That phrase even works on the job and in relationships. It especially works in modeling. The question often posed to me is,” How much should I weather my model?”

Well what it depends on can be categorized into: time, place and occupation. It has been well written that your model can be like an actor on the stage. When seen, he or she should look and act the part in order to be convincing. After all that’s why that amazing detailing is cast into the model. So one purpose of weathering should be to bring out that detail. Sometimes I’ll use PanPastel to highlight some details on an added part like a brake wheel just to make it pop. You know, more visible. Military modelers use dry-brushing of a white or lighter color on the edges of surfaces just to bring out the highlighting of the sun. The more than 90 colors of PanPastel are great for this too. Think about it. A Yellow or Orange refrigerator car can have highlights of a lighter shade of that color to show the same effect. The sun will fade a color and this is a great way to show variation in a wood side or just tone down the brightness of a freshly painted model. 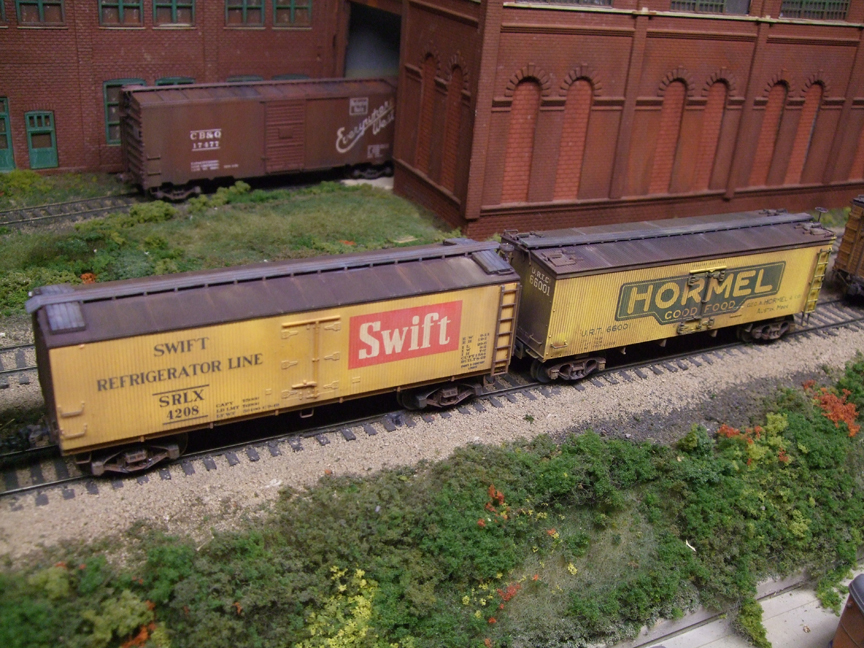 The traditional eras of railroad modeling are Early Steam or pre-Depression, Steam Era generally 1930 to 1950, Baby Boomer 1960 to 1980 and The Modern era which takes in a very broad range. The Steam Era is defined by lead based paint on wood cars which weather differently than a modern steel car with a non-lead base paint and let’s not forget graffiti. Like it or not it’s there and does get modeled. Modern cars generally rust more heavily than earlier periods of time.

Place or geographic area will also have a say so in the type of weathering a model will exhibit. If it travels around the country it can pick up various different earth tones whereas a narrow gauge car that never leaves its home rails of the east may show reddish color in its accumulated dirt.

The occupation of a car will recommend other colors. Boxcars used in general merchandise may show the usual fading and light rusting while cars used in flour loading will have small to large amounts of white around the doors and sides. Covered hoppers usually have a dedicated commodity to haul and that too can be shown. Smaller versions will show dry cement or Silica sand on it’s top deck and sides. Larger 50 and 60 foot covered hoppers may be used in grain service or light commodities like pellet loading. Some of these will show light dusting with general fading and paint failure. Rolling stock used in the steel mills or scrap metal service will use shades of browns, oranges and yellow ochres. Coal hoppers and gondolas besides the fading of paint and silvering of wood on the sides of composite cars will have traces of coal. There is an amazing Jack Delano photo What a Dump: 1943 that is on the Shorpy.com website that has been my inspiration for weathering the insides of my hoppers. 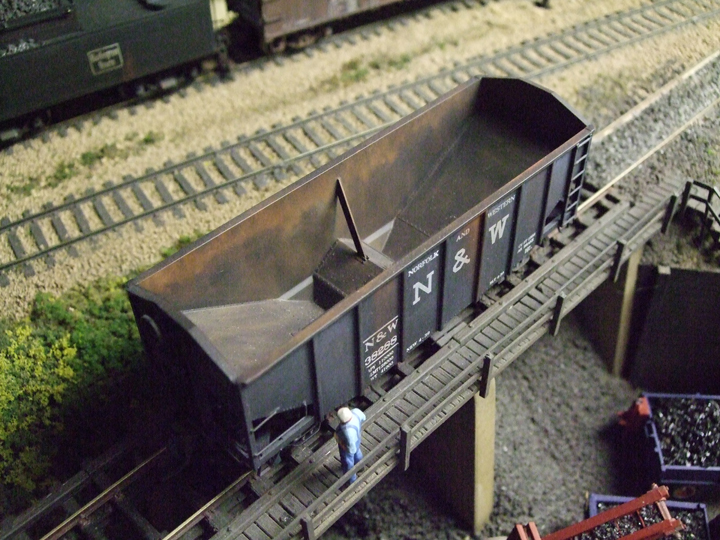 Many of my hopper cars have full loads of coal. They are represented by resin cast loads painted flat black and are made by a variety of manufacturers like Chooch and CM Shops. You can make them yourself from loose coal glued to a form too. PanPastel recently introduced some new products, Pearl Medium Black Coarse 014 and Pearl Medium Black Fine 013. I have been using the Coarse for tinting my coal loads and the fine for soot on steam locomotive smoke boxes and the friction bearing cover plates on the freight car trucks. It’s a little hard to photograph but to see it in person is quite dramatic. The black is much richer than the painted load and there are dark flecks that reflect light much like real coal. I use the Sofft Sponge Bars and only use that one for the coal. The flecks can get on to other models but it will blow off. Sealing it with a flat finish will protect it. —ROB 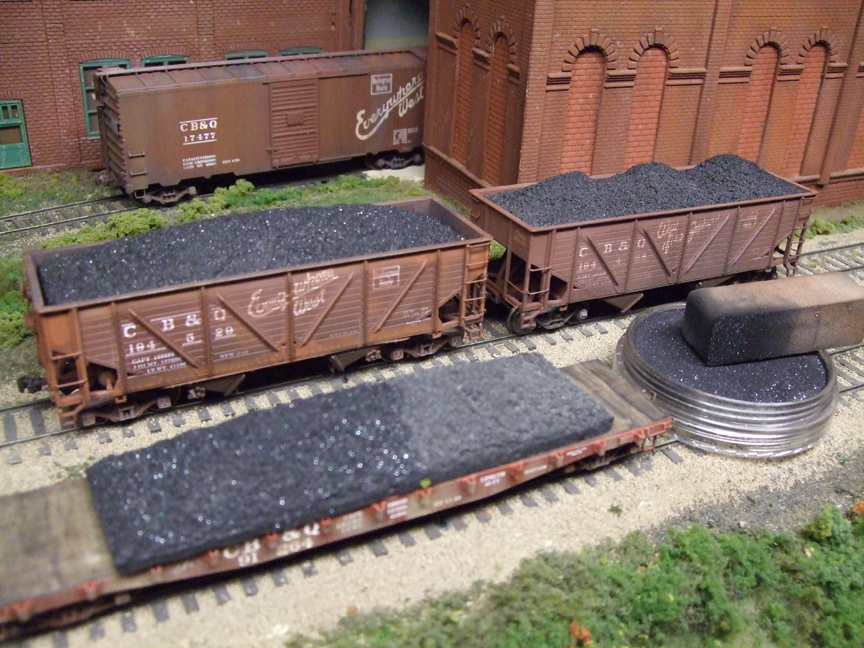 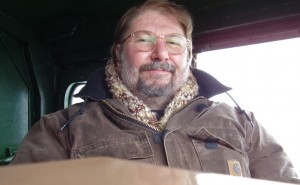