These rust stains created with PanPastel Colors by Jimmy Simmons are currently being featured at MonsterModelworks.com 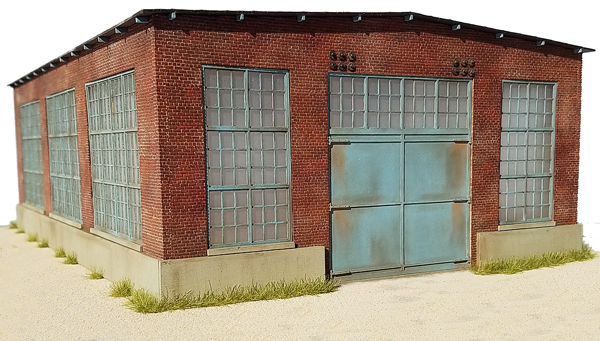 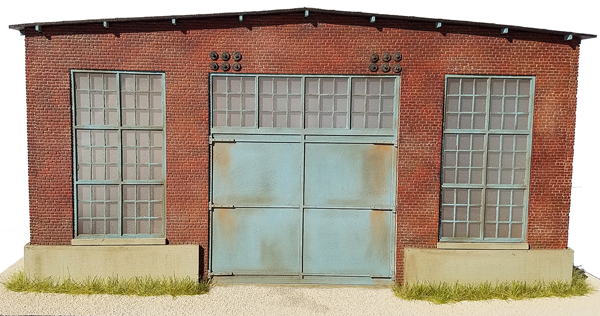 “Rust Never Sleeps” It’s better to burn out than it is to rust….
The baby boomer covered hopper edition.
I thought it would be appropriate to borrow an album title from Neil Young. He is a model railroader and a fine musician. Music means a lot to me and I have very intense feelings about it. My favorite radio station is Chicago’s WXRT which plays progressive Rock and has been since the early ‘70s. During a recent “Panic Modeling” attack the week before the “All American Model Railroad Show” in Lagrange Illinois, I had the stereo tuned to 93.1 FM. It was also more convenient than loading up a bunch of CDs. Speaking of convenience, I was in fact weathering with my PanPastel® on the dining room table. 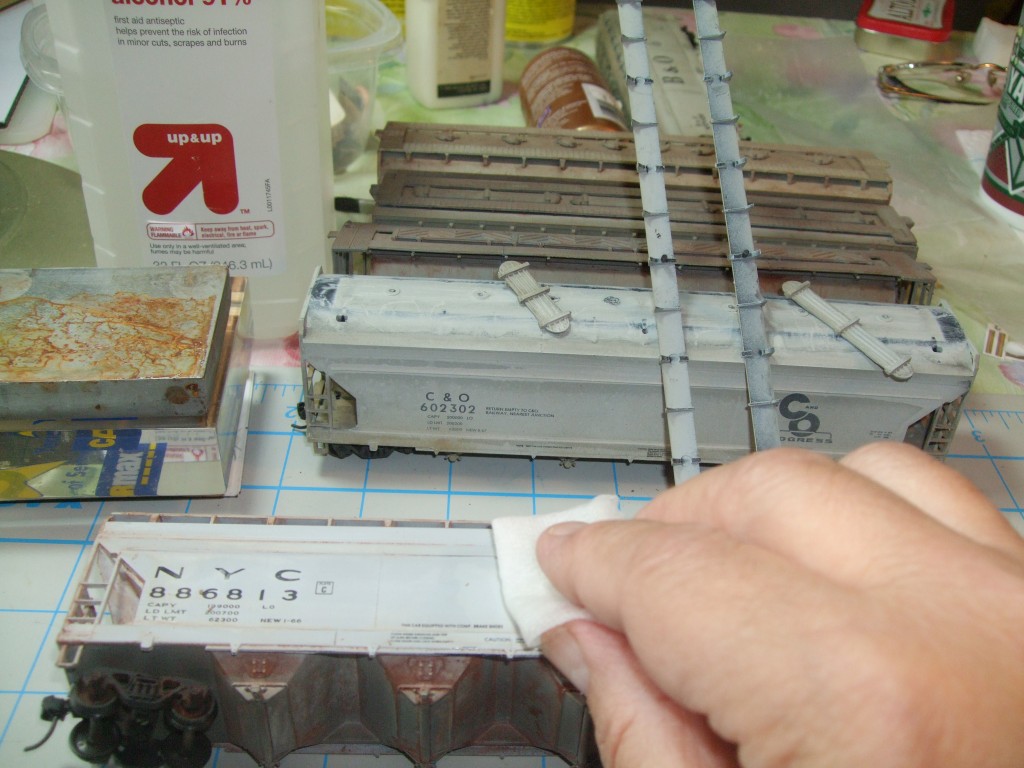 Hard at work on the dining room table, scrubbing with 90% Isopropyl alcohol and paper towel.

These cars were previously painted, decaled and weathered by another modeler. I used 90% Ispopropyl alcohol, small squares of paper towel and Q-Tips® to scrub the previous wet brush style weathering off. This stripped off some of the Dullcoat and gave a mottled and faded look to the paint. We’re going to re-coat the model with a Model Masters flat finish to prepare for the PanPastel®. (For more about using flat finishes read this post: Preparing to Weather

Some of the paint was enhanced with more PanPastel® Paynes Grey Tint 840.8 (a close enough match). This filled in areas that were damaged during the cleaning. It’s also a method to introduce fading paint to your weathering repertorie. We’ll cover this in more detail in a later blog. 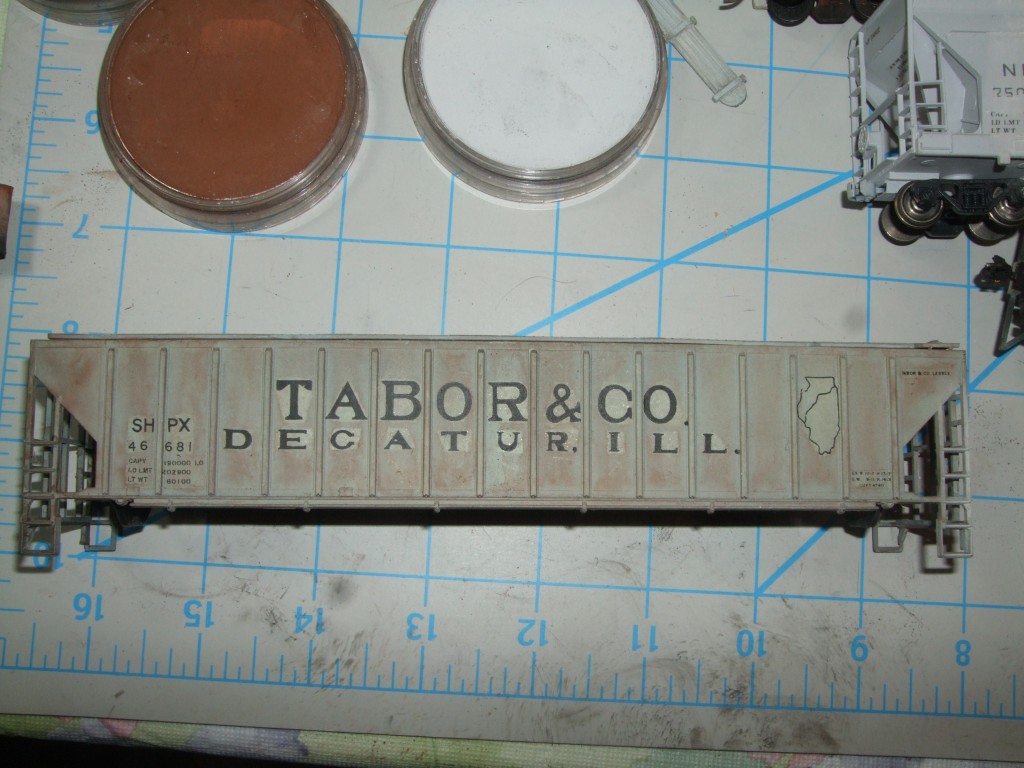 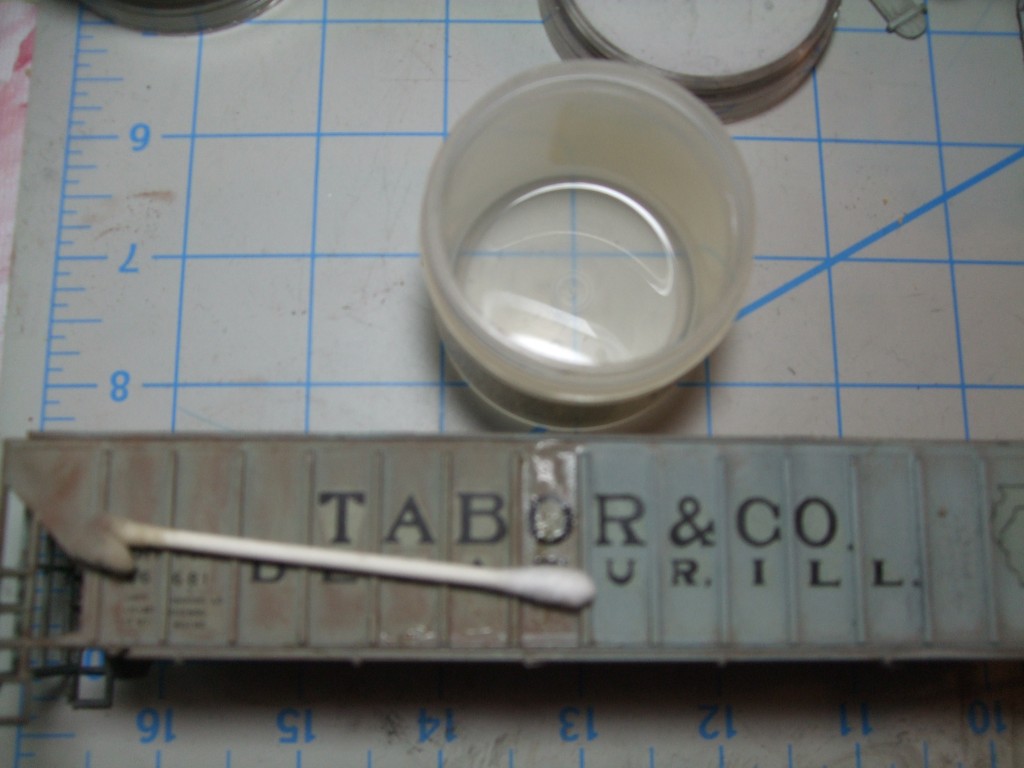 Cleaning with Alcohol and a cotton swab. I feel like the art restoration people. There is some decal blush visible because the decals were applied directly to flat paint. They should always be applied to a glossy finish and flatted later. 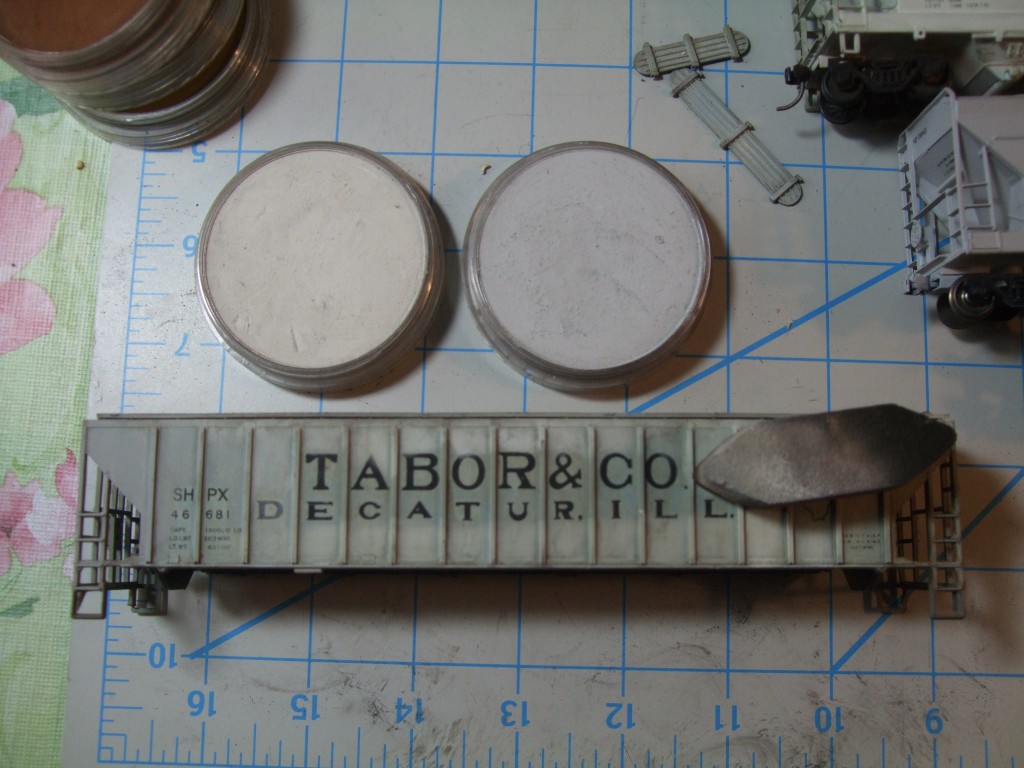 Our topic of discussion today is rust. It’s a really broad subject and I am going to cover as much as possible in this space.